Over 100,000 People Watch This Traveler Assure His Mom He is Fine Through Instagram

“Whatever your age is, if you have a Latin mom and a passion for adventure, you will have to find a way to tell her that you are fine,” says 27-year-old old former Belgian model Jonathan Kubben Quinonez. He has been traveling through Latin-America since March, and his Instagram-account, @momimfine, is his way of telling his mom not to worry about his safety. In no time, he gathered more than 115,000 followers who apparently like to watch him reassure his mother that everything is gonna be all right. Jonathan is “fine” at the Grand Oasis in Cancun
© momimfine

Jonathan started his trip in Cuba and since then has moved through Mexico, Costa Rica, Colombia and Panama. Wherever he goes, he posts pictures of himself, and there is one thing all those pictures have in common: a sign saying “Mom I’m Fine,” even when he’s skydiving or sitting next to a crocodile.

So far, Jonathan has only posted 27 pictures, and his mom absolutely loves it. “My heart skips a beat with every new picture,” she tells the Flemish newspaper De Standaard. “Jonathan has a Belgian father, but has a Mexican heart, like I do. We express our feelings exuberantly.” In addition to exchanging pictures, they also try to have their daily WhatsApp voice conversation. Because Jonathan started capturing worldwide media attention recently, he hopes to be able to extend his travels, he tells Resource Travel. But first, he has to finish Latin America.

Where did the idea to publicly reassure your mother come from?

Well, the very first country I went to was Cuba. And in Cuba, it was really hard to get in touch with my friends and family, because WiFi is blocked in a lot of places. And when I finally was able to connect, the time difference made it very complicated to get in touch with my mom. Furthermore, telecommunication was extremely expensive over there. So I decided to take a picture, because a picture speaks a thousand words. You seem to have gathered quite some followers… Did you expect that?

To be honest… I was wishing it… But not this much… Of course not… Even when I thinking about goals, for example to come across credible towards sponsors, I never thought I would gather more than 100,000 in two months and with only twentysomething posts…

Obviously a lot of people are amused by your pictures. What are some of the greatest reactions you received so far?

I receive a lot of really nice reactions. Some people ask me to wear something they made in my pictures. Not for commercial purposes, just because it would make them happy. Sometimes people also recognize me in the streets and ask for a picture.

But the funniest reaction I got, was from my mom. She asked me, even though I am doing all this, “are you sure you are fine?” I think that’s pretty hilarious. 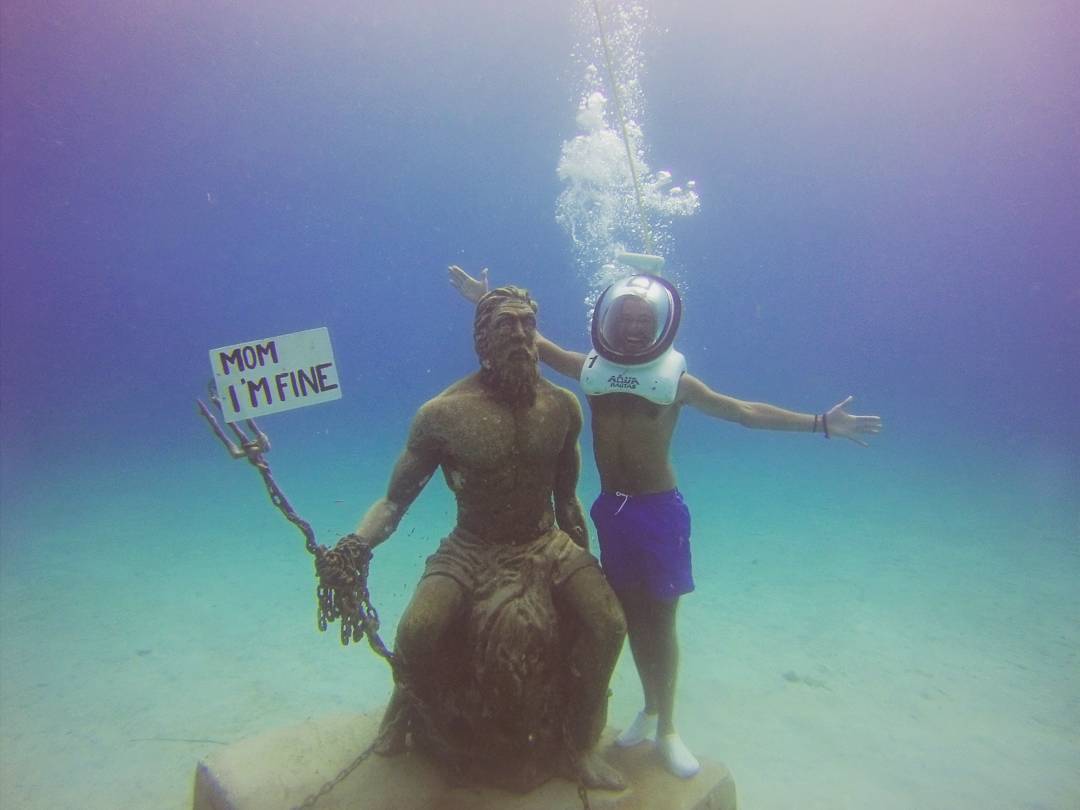 How long will you continue to travel, and what awaits afterwards?

My goal is to finish Latin America. Right now, I am in Peru, and I still have to do Bolivia, Argentina and Brazil.

Meanwhile, I have received some propositions to work. Companies have invited me to Australia or New York. So, if it is possible, I really would like to continue traveling. But I want to continue traveling in my way: saying my friends that I am fine, telling my mom that I am fine… You know, just continuing the things I am doing now, because I am really happy doing it.

And, actually, I would like to go just about anywhere, even to the countries that no one is talking about. I’m sure there are also a lot of adrenaline packed experiences out there that my mom would love to know that I am fine while partaking in them.

This design is steller! You definitely know how to keep a reader entertained.
Between your wit and your videos, I was almost
moved to start my own blog (well, almost…HaHa!)
Wonderful job. I really enjoyed what you had to say, and more than that, how you presented it.
Too cool!

I just want to tell you that I am newbie to blogs and really liked this blog. Almost certainly I’m planning to bookmark your site . You actually come with really good stories. Thank you for sharing your web site.

I have been absent for a while, but now I remember why I used to love this site. Thank you, I¡¦ll try and check back more often. How frequently you update your website?

When I originally commented I clicked the “Notify me when new comments are added” checkbox and now each time a comment is added I get three emails with the same comment. Is there any way you can remove people from that service? Thanks a lot!

That is really fascinating, You are a very skilled blogger. I have joined your feed and stay up for in search of more of your magnificent post. Also, I’ve shared your web site in my social networks!

Thanks for every other great article. The place else may anyone get that kind of info in such a perfect way of
writing? I’ve a presentation subsequent week,
and I’m at the look for such info.

Hi there friends, its impressive article regarding teachingand entirely defined, keep it up all the time.

Hi to every one, the contents present at this web site are genuinely remarkable for
people knowledge, well, keep up the good work fellows.